Why is there Suffering and Evil? 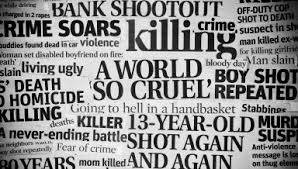 Study the soil for a moment. It naturally produces weeds. No one plants them; no one waters them. They even stubbornly push through cracks of a dry sidewalk. Millions of useless weeds sprout like there’s no tomorrow, strangling our crops and ruining our lawns. Pull them out by the roots, and there will be more tomorrow. They are nothing but a curse! Consider how much of the earth is uninhabitable. There are millions of square miles of barren deserts in Africa and other parts of the world. Not only that, but the earth is constantly shaken with massive earthquakes. Its shores are lashed with hurricanes; tornadoes rip through creation with incredible fury; devastating floods soak the land; and terrible droughts parch the soil. Sharks, tigers, lions, snakes, spiders, and disease-carrying mosquitoes attack humanity and suck its life’s blood. The earth’s inhabitants are afflicted with disease, pain, suffering, and death. Think of how many people are plagued with cancer, Alzheimer’s, multiple sclerosis, heart disease, emphysema, Parkinson’s, and a number of other debilitating illnesses. Consider all the children with leukemia, or people born with crippling diseases or without the mental capability to even feed themselves. All these things should convince thinking minds that something is radically wrong.

Did God blow it when He created humanity?  What sort of tyrant must our Creator be if this was His master plan? Sadly, many use the issue of suffering as an excuse to reject any thought of God, when its existence is the very reason we should accept Him. Suffering stands as terrible testimony to the truth of the explanation given by the Word of God.  The Bible tells us that we live in a fallen cursed earth because of Adam’s transgression. Weeds are a curse. So is disease. Sin and suffering cannot be separated. The Scriptures inform us that we live in a fallen creation. In the beginning, God created man perfect, and he lived in a perfect world without suffering. It was heaven on earth. When sin came into the world, death and misery came with it. 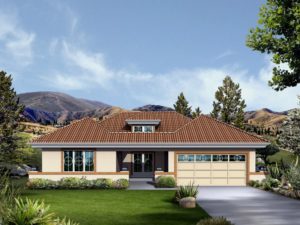 Maybe an illustration would help... Let’s say that you built the perfect house, I mean it’s just a beautiful wonderful house. The construction is perfect it’s got excellent materials. Maybe fifteen years later you’ve got this termite invasion and it just eats away at the foundation and eats away at the walls. The question becomes, does the existence of termites in that house disprove the existence of an architect? Does it? Obviously not. What about arson? Somebody comes in and throws a match in there and burns the whole place up, does that disprove the existence of an architect? Not at all. What if you have sloppy home owners that don’t cut the lawn? Does this disprove the existence of an architect? Not at all, it just means that something good has been corrupted. The house was good but now it’s got termites. It’s been corrupted. And that’s what evil is evil is the corruption of something good. Now by analogy, God created the earth and you remember what God said when He completed the creation? He looked out over it all and said it is good. But the earth has since become corrupted. And you know what caused it? It was a termite invasion of human sin, that’s what brought evil into the universe. So we shouldn’t be really blaming God on this we should be blaming ourselves.

But you may be asking ..if God is really a God of love, why didn’t He just put an end to evil?  Well let’s just consider that for a minute. Let’s just say that at midnight tonight God’s gonna say, “Evil is over.” I don’t like that option, let me tell you why, because at midnight tonight, your  gone, I'm gone. In fact, the entire world is gone. So I’m kind of glad God is patient with us. You know one thing God did as soon as man got himself into this trouble with this termite invasion of sin, is He engaged in a rescue mission for us. And He’s been involved in that rescue mission ever since and it’s all based on Jesus Christ and His work on the cross, so that’s the good news.

There will come a day when the Lord will return and cleanse this world of all sin and all suffering.  "And God shall wipe away all tears from their eyes; and there shall be no more death, neither sorrow, nor crying, neither shall there be any more pain: for the former things are passed away."Revelation 21:4  Think for a moment what it would be like if food grew with the fervor of weeds. Consider how wonderful it would be if the deserts became incredibly fertile, if creation stopped devouring humanity. Imagine if the weather worked for us instead of against us, if disease completely disappeared, if pain was a thing of the past, if death was no more. The dilemma is that we are like a child whose insatiable appetite for chocolate has caused his face to break out with ugly sores. He looks in the mirror and sees a sight that makes him depressed. But instead of giving up his beloved chocolate, he consoles himself by stuffing more into his mouth. Yet, the source of his pleasure is actually the cause of his suffering. The whole face of the earth is nothing but ugly sores of suffering. Everywhere we look we see unspeakable pain. But instead of believing God’s explanation and changing our appetite, we run deeper into sin’s sweet embrace. There we find solace in its temporal pleasures, thus intensifying our pain, both in this life and in the life to come. Instead of blaming God and accusing Him of not taking care of evil and suffering in the way our finite minds believe He should, we should be announcing from the mountaintops the ultimate cure for all evil and all suffering.