More of the Holy Spirit? 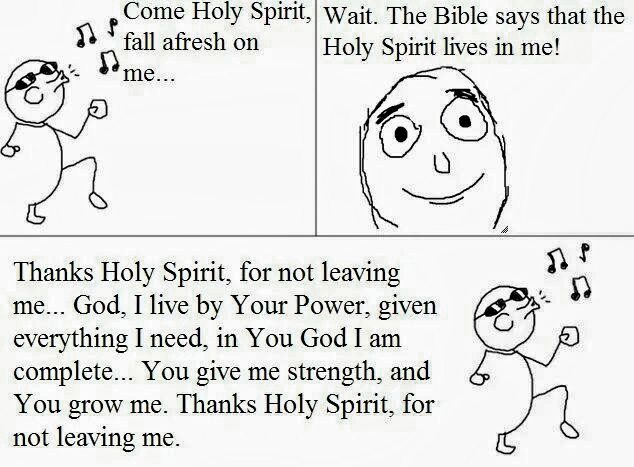 We have access to the Holy Spirit before, during, and after an anointed worship service happens. Even if the songs are sung off key and the guitarist breaks a string and we don’t “welcome the Holy Spirit” into the meeting, He is just as much there in us as He is when everything goes differently and the worship leader sings our favorite songs on key and we can feel His presence stronger. The option is always there for us to feel and experience the presence of the Spirit who is in us. It is up to us to believe and agree with scriptures that He is always there. My desire with this writing and in my life is to see us celebrate the abiding reality of the Holy Spirit in our lives more and to stop focusing so much on getting Him to “show up”. There are implications to the prayers of “come Holy Spirit” and the like: they imply He is not here now, He needs to come, I will tell Him to come, and then He comes…good Holy Spirit!

We do all that instead of celebrating Him in our midst as the Apostles instructed and led us to do. We need to acknowledge the fact that we do not need to spend so much time focusing on and praying for something that is already a reality. The people who pray those prayers do so with the best of intentions. I just believe that God’s answer to those prayers is this:

Rom 8:9 You are no longer ruled by your desires, but by God’s Spirit, who lives in you. People who don’t have the Spirit of Christ in them don’t belong to him.

Eph 1:13 In him you also, when you heard the word of truth, the gospel of your salvation, and believed in him, were sealed with the promised Holy Spirit

1 Cor 3:16 Do you not know that you are God’s temple and that God’s Spirit dwells in you? 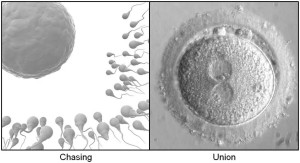 Speaking of Believers Jesus said the Holy Spirit abides with us and makes his home with us (John 14:16–17). By home he means home. You are not a motel room for the Lord. You are a walking, talking, living, breathing temple of the Holy Spirit. He is not going anywhere. Will you rest today on these truths..that is Gods will for you today!