All religions are basically the same! 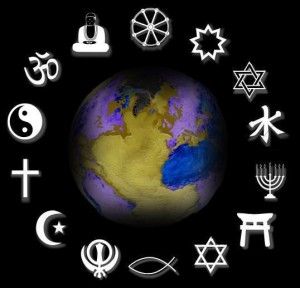 The existence of so many religions and the claim that all religions lead to God without question confuses many who are earnestly seeking the truth about God, with the end result sometimes being that some despair of ever reaching the absolute truth on the subject.  People that teach all religions are the same claim that all the religions may have superficial differences but where it really counts they are the same. The adherents to this belief system are often kind hearted people who think that by making all religions the same they will help eliminate wars and other types of suffering. Unfortunately, as nice as the idea sounds, it is not supported by the evidence. For example, one belief system claims that God is outside of the universe and not part of it, another religion claims that God is the universe. These statements can not both be true since they are contradictory. Either the first belief is true, or the second belief is true, or neither of them is true, but they cannot both be true at the same time and in the same way. While a number of beliefs are shared between some religions, the reality is that most religions differ significantly from each other.

Does it really matter what I believe?

If there is life after death then it probably matters a great deal. Now while death itself is scary, what is even more frightening is the prospect of life after death being a reality and you having the wrong parachute. So does it really matter what I believe?

Ask yourself, are you prepared to take the risk of believing the wrong thing? Because in the end you’re the one who must suffer the consequences.

All religions are not the same—Biblical Christianity is absolutely unique among all the religions and philosophies of mankind.

1. Only in the Bible is God revealed as the one eternal, personal Creator, who brought the entire universe into existence by His own Word.

All other religions start with the material universe as the only eternal reality, with their “gods” being essentially personifications of the natural forces which develop the universe into its present form.

On the other hand, the Creator-God of the Bible has all power and is Himself, therefore, not only the One who created the universe but also the One who establishes the basis for human salvation.

2. Christianity alone is centered in the historical events associated with a Person—the birth, death, resurrection, and imminent, glorious return of Jesus Christ.

Other religions are invariably based on the teachings, rather than the acts, of their founders.

The founders of other religions are all dead and their tombs venerated.

The tomb of Christ is empty, and His bodily resurrection from the grave is the best proved fact of all history. The fact that He alone could overcome death demonstrates that He alone has all power to defeat death and give Life.

4. All other religions of the world are fundamentally just one religion—one of salvation by works. Each religion sets up a particular set of religious rites, of commands and restrictions, and of ethical principles to follow, and then teaches that if a man does these things he will be saved. The human origin of each of these systems is indicated by the fact that each is humanly attainable.

The Bible, however, sets its moral and ethical standard as the very holiness and perfection of God Himself, and demands nothing less than this for salvation. Obviously, no man would invent a standard which was utterly impossible for any man to keep.

5. Jesus Christ pursues a relationship with us. Have you ever been in a relationship where you were always the one who was initiating? They are tiresome and usually don't last very long. Best friends are the ones who enjoy each other so much that they invest their time equally in pursuit of that relationship. Unlike religions that try to reach their God, with Christ you see God reaching out to us. 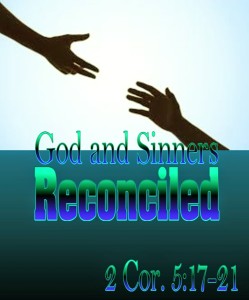 Jesus Christ said why he came: "that you might have life, and have it more abundantly."

Biblical Christianity is not a commitment to a method of self-improvement like the Eight Fold Path or the Five Pillars, or meditation, or even our good works. These seem clear, well-defined, easy-to-follow paths for spirituality. But they become a burdensome striving for perfection, and connection with God is still distant. Our hope is not in following laws or standards, but in knowing a Savior who fully accepts us as we are! The difference is trying vs trusting...Our works vs His Grace. 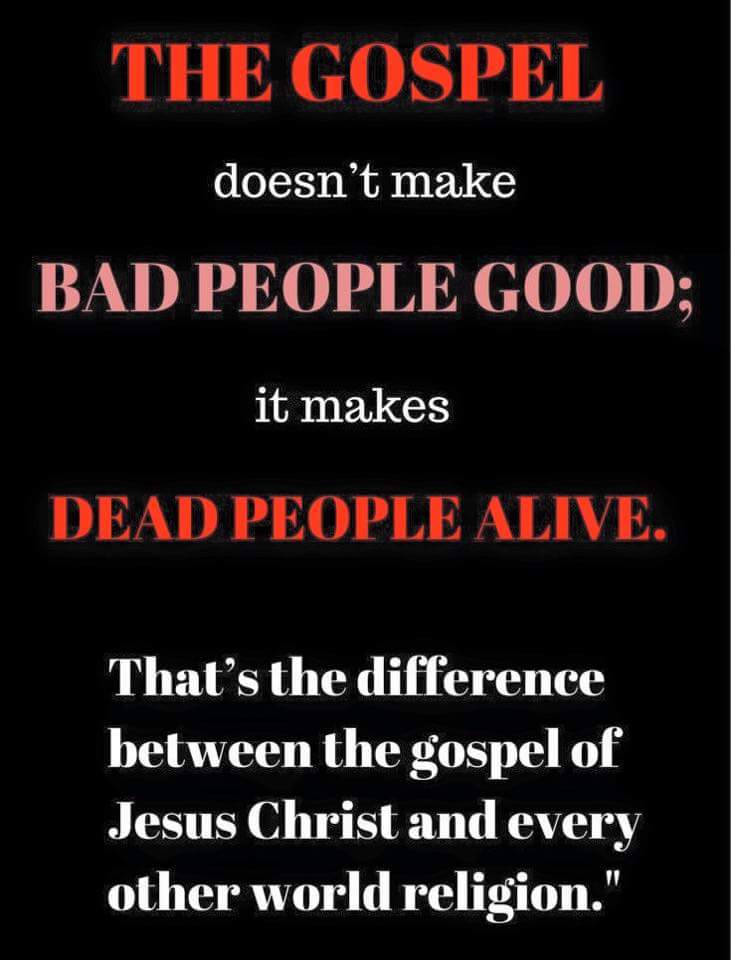 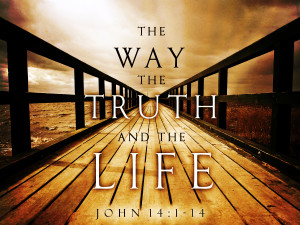