IS THERE A GOD?

The Theory of Evolution of The Coca Cola Can. 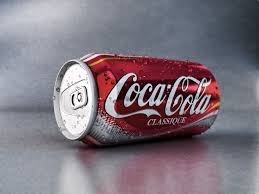 Of course, my theory is an insult to your intellect, because you know that if the Coca Cola can is made, there must be a maker. If it is designed, there must be a Designer. The alternative, that it happened by chance or accident, is to move into an intellectual free zone.

Do you know of any building that didn't have

Do you know of any painting that didn't have

Do you know of any car that didn't have a

How do you “prove” there is a Great Being outside of our universe? Do we look for footprints in a riverbed?  Do we examine evidence under a microscope and say, "A ha! There's God!"? That would be the wrong approach. If God exists, He would be beyond our universe, non-material, and transcendent. So, we would have to look for evidence that is consistent with a non-material and transcendent being.

Whatever argument you might accept or deny, it seems that your presuppositions are what determine if you believe in God or not.

Atheists, of course, presuppose that God does not exist--by faith. They can't "know" He doesn't exist, nor can they prove that in all the universe (or outside of it) there is no God. But, their atheism means they will deny any evidences or explanations used to affirm His existence.

let's say that this circle represents all the knowledge in the entire universe, and let's assume that you have an incredible 1% of all that knowledge. Is it possible, that in the knowledge you haven't yet come across, there is ample evidence to prove that God does indeed exist?

If you are reasonable, you will have to say "having the limited knowledge that  I have at present, I believe that there is no God."

In other words, you don't know if God exist, so you are not an "atheist,"  you are what is commonly known as an "agnostic." You are like a man who looks at a building, and  doesn't know  if there was a builder.

the man who sees a building and doesn't know if there was a builder is:

to suppose that the eye could have been formed by natural selection, seems I freely confess, absurd in the highest degree.

If man cannot begin to make a human eye, how could anyone in his right mind think that eyes formed by mere chance?

In fact, man cannot make anything from nothing. We don't know how to do it. We can recreate, reform, develop..but we cannot create even one grain of sand from nothing.

Yet, the eye is only a small part of the most sophisticated part of creation-the human body. 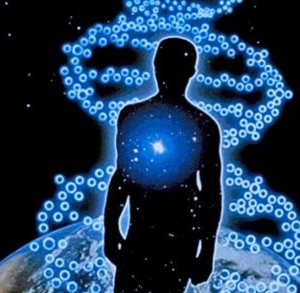 "I could prove God statistically; take

the human body alone; the chance that all the functions

of the individual would just happen,

is a statistical monstrosity.” 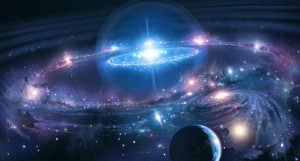 I have to ask, how could there not be a God? Look around you. The heavens declare the glory of God (Psalm 19:1). Consider the vastness of the universe, the perfection of the balance of life, and the incredible complexity of the information structures in DNA. Are we to believe that the super-complex information structures in the DNA molecule are the result of chance? Is life an accident? What about beauty? Is it nothing more than a chemical reaction in the brain? What about morality? Are there any moral absolutes such as, “It is always wrong to torture a baby to death merely for one’s personal pleasure”? Or, is such a moral absolute nothing more than the result of chemical reactions in our brains? If so, how does one chemical reaction which leads to another chemical reaction produce moral absolutes or even the Laws of Logic? Is it easier to conclude that such truths are the result of chemical reactions and brain wiring or that they are authored by God? Is morality merely the situational-based whims of people’s preferences? Is the beauty of a sunset and the wonder of a newborn baby's precious life a by-product of the survival of the fittest?

Something to think about....The world is finely tuned to support life – in short, someone knew man was coming. Some examples:

• Oxygen currently makes up 21 percent of the atmosphere. Were it 25 percent, fires would erupt everywhere and if it were 15 percent, humans would suffocate.

• If the universe was expanding at a rate one millionth more slowly than it is, the temperature on earth would be 10,000 degrees. • If Jupiter was not exactly where it is, earth would be bombarded by space material that would threaten life on the planet.

• If the thickness of the earth’s crust was greater, too much oxygen would be transferred to the crust to support life, and if it were thinner, volcanic and tectonic activity would make life impossible.

• The axis of the earth is set so carefully that, if it were altered ever so slightly, surface temperatures of the earth would be far too great. 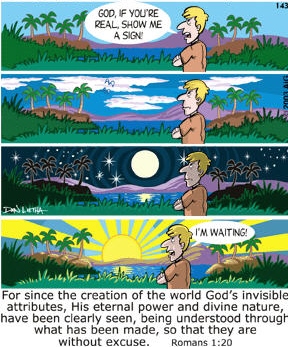 Ask yourself if you believe that the miracle of life is produced from the purposeless motion of atoms that have led to the incredible super-complexity of DNA (it cannot happen by chance). Ask yourself if the universal objection to murder is an evolutionary byproduct or an innate obligation to do what is right. If morality has absolutes, it implies an absolute moral giver. But if morality is not absolute, then everything is subjective, and there is no right and wrong. What do you think?

The vast majority of people all over the world believe there is a God--but of course, that doesn’t mean God exists. Still, there is something within us, something that cries out for meaning, purpose, and direction, and we naturally look to God for their fulfilment. Atheistic evolution doesn't do it. 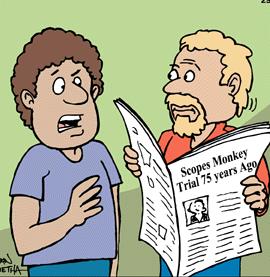 Which is more reasonable to believe:

(1) That an impersonal, non-conscious, meaningless, purposeless, and a non-moral universe that had its own beginning  as an accident and then Created personal, conscious, moral beings who are obsessed with meaning and purpose,

(2) That a personal, conscious, purposeful, intelligent, moral, eternal God created beings in His likeness and established the universe and its laws to govern their existence?

Again, is our universe and our existence the product of randomness in chance, or is it the product of purpose and design? Which makes more sense when we look at beauty, purpose, morality, compassion, kindness, grace, and love?

We have a tendency to know there is something beyond us because we realize that our own insufficiencies and failures cause us to reach out to something greater than ourselves. That’s why we enjoy superheroes in movies and like to listen to news accounts of miraculous, selfless deeds done by normal people. There is something in us that calls out to that which is greater than we are. There is something that makes us feel bad when we lie, cheat, and steal. Why is that? Why do we have this impulse for moral truth, human greatness, truth absolutes, and personal purpose? Are they the result of cold, mechanical principles of an uncaring universe wrapped up in brain chemistry, or are they the interweavings of the truth of God's existence that we encounter within our own souls?

So, does God exist? Yes, He does. He is specifically revealed to us in the Bible and even more specifically in the person of Jesus Christ. If you want to encounter the true and living God, you’ll find Him revealed in the Bible. Read the Gospels that speak of Jesus. He is the representation of God in flesh, John 1:1, 14, Heb. 1:1-3.

"God, after He spoke long ago to the fathers in the prophets in many portions and in many ways,  in these last days has spoken to us in His Son, whom He appointed heir of all things, through whom also He made the world.  And He is the radiance of His glory and the exact representation of His nature, and upholds all things by the word of His power," (Heb. 1:1-3).

two agnostic men are picking out faults in Gods creation, they are sitting under a large oak tree in a garden when one man says to the other, “How silly of God to support tiny acorns with the strength of this large oak tree, while the watermelons in this garden are held by flimsy and leafy plants low to the ground.” Just then an acorn fell from the tree and hit the first man on the head. After a brief pause, the second man said, “Aren‟t you glad that wasn‟t a watermelon?”

Although they knew  about God, they neither glorified him as God nor gave thanks to him, but their thinking became futile and their foolish hearts were darkened. Although they claimed to be wise, they became fools  (Romans 1:21-22)