What is the Gospel message ?

The Gospel literally means Good News or  The Best News Ever ! 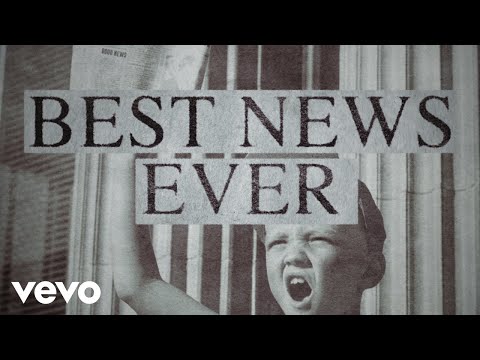 Why The Best News Ever? Because...

We had deadly spiritual condition but Jesus had the needed provision, Jesus Christ died to reconcile us to God!

But God demonstrates his own love for us in this: While we were still sinners, Christ died for us. Since we have now been justified by his blood, how much more shall we be saved from God's wrath through Him! For if, while we were God's enemies, we were reconciled to him through the death of his Son, how much more, having been reconciled, shall we be saved through his Life!  Romans 5:8-10

Salvation is being rescued from spiritual death and raised to spiritual life.  That’s what God wants for you. It is his first priority. Nothing else can happen until you have been made alive spiritually.

Why do we need to be made alive spiritually (Born again)?

God created Adam and said to him,

Therefore, just as sin entered the world through one man (Adam), and death through sin, and in this way death came to all men, because all sinned… (Romans 5:12)

From Genesis to Revelation, Scriptures teach

“the wages of sin is death” (Romans 6:23).
`There is none righteous, not even one; there is none who seeks for God; all have turned aside (Romans 3:9-12)
As for you, you were dead in your transgressions and sins, in which you used to live when you followed the ways of this world... All of us also lived among them at one time, gratifying the cravings of our sinful nature and following its desires and thoughts. Like the rest, we were by nature objects of wrath. (Ephesians 2:1-3)

These verses are graphic in their description of man’s condition apart from God. Sin was a big problem, and it brought a horrific consequence – Spiritual Death

Our spiritual death (separation from the Life of God) is what makes us ask the questions,

Why am I here?

Where am I going?"

Think about it...A dead man doesn't need a seven step improvement plan or rules to follow..A dead man needs the only cure for death; which is Life!

Only God can forgive sins.

…Christ Jesus: Who, being in very nature God, did not consider equality with God robbery, but made Himself nothing,… And being found in appearance as a man, He humbled Himself and became obedient to death–even death on a cross! (Philippians 2:5-8)

He died in our place

But God demonstrates His own love for us in this: While we were still sinners, Christ died for us. (Romans 5:8)

He is the sacrifice for our sins, and not only for ours but also for the sins of the whole world. (1 John 2:2)

He is the final sacrifice for our sins

Then He adds: "Their sins and lawless acts I will remember no more." And where these have been forgiven, there is no longer any sacrifice for sin. (Hebrews 10:17,18)

The greatest demonstration of love the world has ever seen, Jesus gave His life for us. We had chosen independence from God, But God loved us so much that He sent His Son to ransom us from the power of sin and death. The Son of God became a son of man and took the punishment that we deserved and that brought us peace. He was rejected that we might be accepted; wounded that we might be healed; cursed that we might be blessed. On the cross He carried our sin and gave us His righteousness. Through Him we have been reconciled to God and our sins are no longer held against us. In the grip of death.. Jesus cried, “it is finished.” His rescue mission complete, Jesus committed His spirit into the hands of His Father and died.

We are not saved by Christ's death alone, we are also saved by the resurrected life of Christ....this is why

Romans 5:10 says, “If, When We Were God's Enemies, We Were Reconciled To Him Through The Death Of His Son, How Much More, Having Been Reconciled, Shall We Be Saved Through His Life!”

John says it like this:
I tell you the truth, whoever hears my word and believes him who
sent me has eternal life and will not be condemned; he has crossed over from death to life. John 5:24

Paul put it this way:

“But because of his great love for us, God, who is rich in mercy, made us alive with Christ, even when we were dead in transgressions—it is by grace you have been saved” Ephesians 2:4, 5

Again please remember its not about you...its all about Jesus and his provision for your condition!

“For it is by grace you have been saved, through faith—and this not from yourselves, it is the gift of God— not by works, so that no one can boast.” (Eph 2:8-9)

Salvation is found in no one else, for there is no other name under heaven given to men by which we must be saved. ~ Acts 4:12

A miracle of new life occurs every time someone turns to Christ by faith. Someone dead in sin is born again of the Spirit and is raised to walk in the newness of life. That is the power of the gospel, the amazing grace God pours out on those who look to him for life. To be saved by grace means you have been made alive with Jesus Christ. You were dead, and now you are alive in him. Will you receive Jesus Christ today? Will you respond to his offer of Amazing Grace and New Life? Here is His promise to you:

And this is the testimony, that God gave us eternal life, and this life is in his Son. He who has the Son has life; he who has not the Son of God has not life. (1 John 5:12)

With Jesus, you can let go of your past, your guilt and shame, and live each day knowing that God loves you. That he is for you; not against you. The message of the Gospel is the Death, Burial, and Resurrection of Jesus Christ and what that means for you and me today!