Imagine that you were offered a choice of four gifts:

You can pick only one. Which would you choose? Before you decide, here’s some information that will help you to make the wisest choice:

Does that help you to connect the dots? It should, because you need the parachute. It’s the only one of the four gifts that will help with your dilemma. The others may have some value, but they are useless when it comes to facing the law of gravity in a 10,000-foot fall. The knowledge that you will have to jump should produce a healthy fear in you—and that kind of fear is good because it can save your life. Remember that as we proceed.

Which one should you choose? Before you decide, here’s some information that will help you determine which one is the wisest choice:

All of humanity stands on the edge of eternity. We are all going to die. We will all have to pass through the door of death. It could happen to us in twenty years, or in six months…or today. For most of humanity, death is a huge and terrifying plummet into the unknown. So what should we do? Thinking again of your knowledge of the jump that produced that healthy fear—that fear helped you to make the right choice? You know what the law of gravity can do to you. In the same way, we are going to look at another law, and hopefully your knowledge of what it can do to you will help you make the right choice, about life’s greatest issue. So, stay with us—and remember to let fear work for you.

After we die we have to face what is called “the law of sin and death”  Romans 8:2. Most people know that Law as “The Ten Commandments.” So let’s look at that Law and see how you will do when you face it on Judgment Day.

So that is God’s moral Law..His perfect standard that we each will face. We will be without excuse when we stand before God because He gave us our conscience to know right from wrong. Each time we lie, steal, commit adultery, murder, and so on, we know that it’s wrong. So here is the crucial question. On Judgment Day, when you stand before God, will you be found innocent or guilty of breaking this Law?

Think before you answer. Will you go to Heaven or Hell? The Bible warns that all murderers, idolaters, liars, thieves, fornicators, and adulterers will end up in Hell  Revelation 21:8; 1 Corinthians 6:9-10. So where does that leave you? Perhaps the thought of going to Hell doesn’t scare you, because you don’t believe in it. That’s like standing in the open door of a plane 10,000 feet off the ground and saying, “I don’t believe there will be any consequences if I jump without a parachute.”  There are at least two very good reasons one should believe in hell. First, belief in a just God demands ultimate justice. And since justice is imperfect here on earth, God must administer judgment in the hereafter. Secondly, Jesus taught about hell—and we believe that Jesus is reliable. In fact, Jesus spoke of hell more than any other biblical writer. Hell was his most discussed topic. To say that there will be no consequences for breaking God’s Law is to say that God is unjust, that He is evil. Perhaps an illustration can explain why. On February 24, 2005, a nine-year-old girl was reported missing from her home in Homosassa, Florida. Three weeks later, police discovered that she had been kidnapped, brutally raped, and then buried alive. Little Jessica Lunsford was found tied up, in a kneeling position, clutching a stuffed toy.

HOW DO YOU REACT?
How do you feel toward the man who murdered that helpless little girl in such an unspeakably cruel way? Are you angered? I hope so. I hope you are outraged. If you were completely indifferent to her fate, it would reveal something horrible about your character. Do you think that God is indifferent to such acts of evil? You can bet your precious soul He is not. He is outraged by all violations against his character.
The fury of Almighty God against evil is evidence of His goodness. We cannot separate God’s goodness from His anger. Again, if God is good by nature, He must be unspeakably angry at wickedness. But His goodness is so great that His anger isn’t confined to the evils of rape and murder. Nothing is hidden from His pure and holy eyes. He is outraged by torture, terrorism, abortion, theft, lying, adultery, fornication, pedophilia, homosexuality, and blasphemy. He also sees our thought-life, and the hidden sins of the heart: for lust, hatred, rebellion, greed, unclean imaginations, ingratitude, selfishness, jealousy, pride, envy, deceit, etc.  The Bible says that before coming to trust in Christ we were all children of wrath..creating and following our own man made schemes. God’s wrath “abides” on each of us (See John 3:36) and that every time we sin, we’re “storing up wrath” that will be revealed on Judgment Day (See Romans 2:5). We are even told that we are “by nature the children of wrath” (See Ephesians 2:3). Sinning against God comes naturally to us. These are extremely fearful thoughts,  remember to let fear work for you. The fear of God is the healthiest fear you can have. The Bible calls it “the beginning of wisdom (Psalm 111:10).”Again, your knowledge of God’s Law should help you to see that you have a life-threatening dilemma: a huge problem of God’s wrath (His justifiable anger) against your personal sins. The just penalty for sin—breaking even one Law—is death, and eternity in Hell. But you haven’t broken just one Law. Like the rest of us, you’ve no doubt broken all these laws, countless times each.

BACK TO THE PLANE 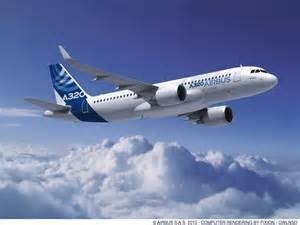 To illustrate this more clearly, let’s go back to that plane for a moment. You are standing on the edge of a 10,000-foot drop. You have to jump. Your heart is thumping in your chest. Why? Because of fear. You know that the law of gravity will kill you when you jump.

Someone offers you the original Mona Lisa. You push it aside.

Another person passes you the keys to a brand new Lamborghini. You let them drop to the floor.

Someone else tries to put a million dollars into your hands. You push the person’s hand away, and stand there in horror at your impending fate.

Suddenly, you hear a voice say, “Here’s a parachute!”

Which one of those four people is going to hold the most credibility in your eyes? It’s the one who held up the parachute! Again, it is your fear of the jump that turns you toward the good news of the parachute.

LET’S SEE..
Let’s now look at those four major religions to see if they can help you with your predicament.

Buddhism
Amazingly, the religion of Buddhism denies that God even exists. It teaches that life and death are sort of an illusion. That’s like standing at the door of the plane and saying, “I’m not really here, and there’s no such thing as the law of gravity, and no ground that I’m going to hit.” That may temporarily help you deal with your fears, but it doesn’t square with reality. And it doesn’t deal with your real problem of having sinned against God and the reality of Hell.

Islam
Interestingly, Islam acknowledges the reality of sin and Hell, and the justice of God, but the hope it offers is that sinners can escape God’s justice if they do religious works. God will see these, and because of them, hopefully He will show mercy—but they won’t know for sure. Each person’s works will be weighed on the Day of Judgment and it will then be decided who is saved and who is not—based on whether they followed Islam, were sincere in repentance, and performed enough righteous deeds to outweigh their bad ones (Quran, Surah 23:102-103). But we note that a score of 51% won’t get you out of the Junior High, let alone into heaven. So Islam believes you can earn God’s mercy by your own efforts. That’s like jumping out of the plane, and believing that flapping your arms is going to counter the law of gravity and save you from a 10,000-foot drop.
And there’s something else to consider. The Law of God shows us that the best of us is nothing but a wicked criminal, standing guilty and condemned before the throne of a perfect and holy Judge. When that is understood, then our “righteous deeds” are actually seen as an attempt to bribe the Judge of the Universe. The Bible says that because of our guilt, anything we offer God for our justification (our acquittal from His courtroom) is an abomination to Him, and only adds to our crimes (Proverbs 15:8).
Islam, like the other religions, does not solve your problem of having sinned against God and the reality of Hell.

Christianity
So why is Christianity different? Aren’t all religions the same? Let’s see. In Christianity, God Himself provided a “parachute” for us, and His Word says regarding the Savior, “Put on the Lord Jesus Christ (Romans 13:14).” Just as a parachute solved your dilemma with the law of gravity and its consequences, so the Savior perfectly solves your dilemma with the Law of God and its consequences! It is the missing puzzle-piece that you need. How did God solve our dilemma?

He satisfied His wrath by becoming a human being and taking our punishment upon Himself.

The Scriptures tell us that God was in Christ, reconciling the world to Himself. Christianity provides the only parachute to save us from the consequences of the Law we have transgressed.

God loves you so much that He became a sinless human being in the person of Jesus of Nazareth. The Savior died an excruciating death on the cross, taking your punishment (the death penalty) upon Himself. The demands of eternal justice were satisfied the moment He cried, “It is finished!” The lightning of God’s wrath was stopped and the thunder of His indignation was silenced at Calvary’s bloodied cross: “Christ has redeemed us from the curse of the law, being made a curse for us (Galatians 3:13).” We broke the Law, but He became a man to pay our penalty in His life’s blood. Then He rose from the dead, defeating death. That means that God has forgiven every sin you have ever committed and and offers you new life that is found In Him alone. If you repent (A Change of mind/ transferring of your trust) and place your trust in Jesus alone, you can say with the apostle Paul: For the law of the Spirit of life in Christ Jesus has made me free from the law of sin and death (Romans 8:2).