What’s the role of the law in the New Covenant? 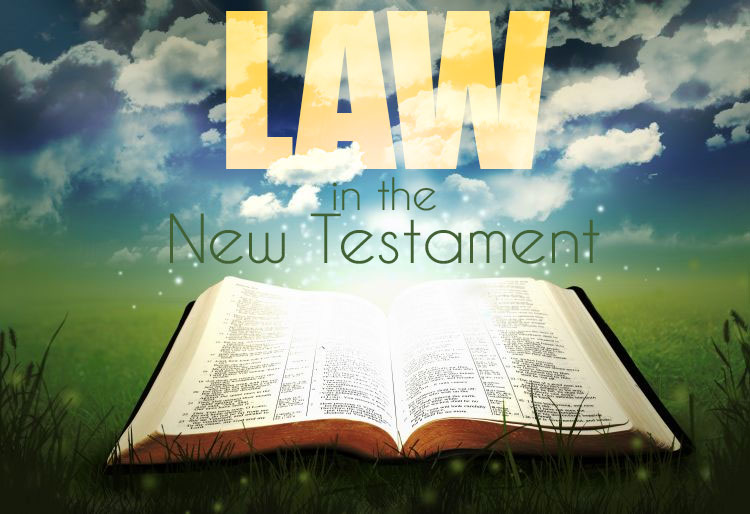 (As a disclaimer, I actually love the law  and so did the  writers of the NT – so long as it remains in its rightful place)

What the New Testament authors had to say:

If the law worked then faith would be irrelevant. (Romans 4:14)

The law brings wrath upon those who follow it. (Romans 4:15)

The purpose of the law was to increase sin. (Romans 5:20)

Christians are not under the law. (Romans 6:14)

Christians have been delivered from the law. (Romans 7:1-6)

The law which promises life only brings death through sin. (Romans 7:10)

The law makes you sinful beyond measure. (Romans 7:13)

The law is a ministry of condemnation. (2 Corinthians 3:9)

The law has no glory at all in comparison with the New Covenant. (2 Corinthians 3:10)

Anywhere the law is preached it produces a mind-hardening and a heart-hardening veil. (2 Corinthians 3:14-15)

The law justifies nobody. (Galatians 2:16)

Christians are dead to the law. (Galatians 2:19)

To go back to the law after embracing faith is “stupid”. (Galatians 3:1)

The law curses all who practice it and fail to do it perfectly. (Galatians 3:10)

The law was a curse that Christ redeemed us from. (Galatians 3:13)

The law functioned in God’s purpose as a temporary

If the law worked God would have used it to save us. (Galatians 3:21)

The law makes you a slave like Hagar. (Galatians 4:24)

Christ has abolished the law which was a wall of hostility (Ephesians 2:15)

Paul considered everything the law gained him as “skybalon” which is Greek for “poop”. (Philippians 3:4-8)

The law is only good if used in the right context. (1 Timothy 1:8) (see next verse for the context)

It was made for the unrighteous but not for the righteous. (1 Timothy 1:9-10)

God has found fault with it and created a better covenant, enacted on better promises. (Hebrews 8:7-8)

It is obsolete, growing old and ready to vanish. (Hebrews 8:13)

It is only a shadow of good things to come and will never make someone perfect. (Hebrews 10:1)

But… but… What about the Old Testament

In the Old  Testament  people lived constantly under the awareness of both the severity of the law and their inability to fulfill it! (Deuteronomy 27:15-26, 28:16-68)  They knew they were to celebrate the law because it was God-given, but they never ultimately had a revelation of why it was given. It was given to a people who wanted to do things their own way, as a way to show them they couldn’t! It showed them the standard of God’s holiness was far beyond anything they could ever hope to achieve themselves. 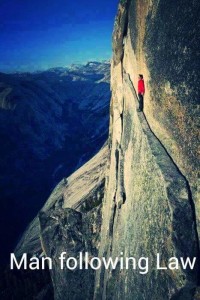 The law made things worse

Its our human nature tendency to want to deal with our sin using laws/ rules. When we see a sin, we may think “what law can fix the problem here?” Or “what structure can I implement in my life to stop me from sinning?” The problem is, that this is an Old Covenant way of thinking. The law is not applied to control sin, actually in  both Romans 5:20 and 1 Corinthians 15:56 Paul explains to us how the law actually makes sin worse!

Wherever there is law, sin starts to run rampant! It throws gasoline on the flames! 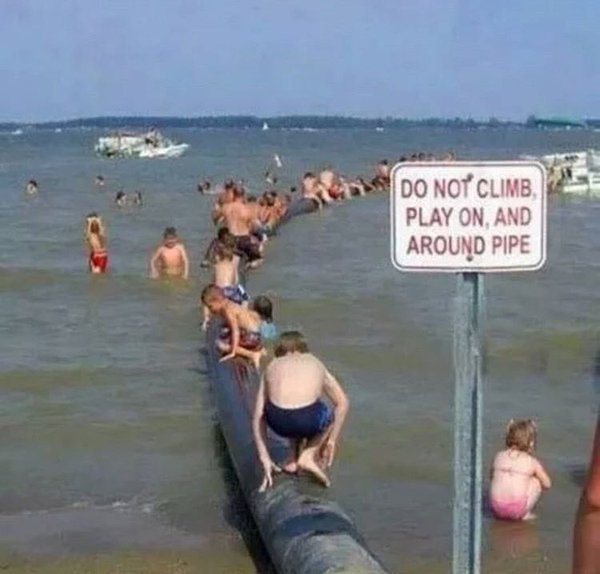 But Jesus came to fulfill the law, not do away with it!

Let’s say you have a mortgage for $500,000 owed to the bank. Now imagine that a rich man comes along and pays that mortgage off in full. He gets his receipt of the payment and you receive written notice of the mortgage being paid in full. Now suppose the first of the month comes round and you get your monthly bill, from the bank, demanding your $2000 monthly repayment.

What are you going to do?

You are going to go straight to the bank with your piece of paper saying that the contract you had with the bank has been paid in full!  You would be crazy to keep paying according to the old, fulfilled contract.

Jesus is saying in Matthew 5:17-20 that it is imperative that the standard of the law remains. Why? The law was intended to break our pride and reveal our need for a Savior (Gal 3:24). If you think the law easy and do-able, you will not have a true appreciation of your sinful state and you won’t see your need for Jesus. To put it in another way, the law must be there otherwise nobody will realize they need grace!  Jesus paid your debt in full. He fulfilled the law. In fact Paul says that the law was nailed to the cross with Him! (Col 2:14)

A lot of people try to break up the law, into either two, ceremonial and moral, or  three parts, ceremonial, civil and moral. Some people explain that it was the ceremonial law that was nailed to the cross. This is a nice idea we use to try keep a hold of as much of the law as we possibly can, while doing away with some. The problem is the Bible doesn’t break up the law as nice and neat as that, in fact it doesn’t break up the law at all. However, I’m not going to argue about whether or not the law is broken up into sections, let’s just go straight for the jugular.

Paul explains that the “law” which is no longer relevant in the believer’s life  is the law which is “written and engraved on stones” in 2 Corinthians 3:7. Which law does that sound like? The ceremonial law? The civil law? Obviously this is the Ten Commandments Paul is talking about, they were the only laws to be engraved in stone.

Paul isn’t being vague here and wants everyone to know that when he says that the law is no longer applicable in the Christian’s life he means the whole package it came in! If you feel a need to divide the law up, that’s fine, just so long as you know the whole thing was fulfilled in Christ and the whole thing is for the unbeliever not the believer (1 Timothy 1:9).

I’m not saying we tear out the first half of our Bible and never read it again. It is still the Bible and God still uses it to teach us and direct us. The Spirit of God helps us divide the scriptures so we understand how to read them in light of the New Covenant. God’s grace is just as present in the Old Testament as it is in the New Testament.

Secondly, I’m not saying you should never read the law or that the law should no longer exist either. We can find in the law loads of things that speak of who God is and teach us the grace and mercy of God. Not only that, but without understanding the law, our sin and the consequences of them, we will never fully be able to celebrate the freedom that God’s grace has brought us into!

We must however be able to divide correctly who the law is for. It is for unbelievers not believers. It is imperative that we understand this. The Mosaic Law was a system based on merit, i.e., it offered rewards for obedience and punished failure with severe penalties. This legal character of the Law is everywhere opposed in the NT by the teaching of grace. The two opposing systems are set in antithesis in Romans 11:6, “But if it is by grace, it is no longer on the basis of works, otherwise grace is no longer grace.”

It is so important to understand that the law is good, it is perfect, it is holy (Romans 7:7-12), but most importantly it’s essential  that we remember that it has a purpose. The law is holy, righteous and good but it has no power to make you holy, righteous and good. It's purpose is to lead people to the end of themselves, it is there to push people, until they give up on the law and choose to rely on God’s gift of grace! The law will never save anyone, nor will it make them a better person, whether they are a believer or unbeliever. It is simply there to show us how lost we are without grace. 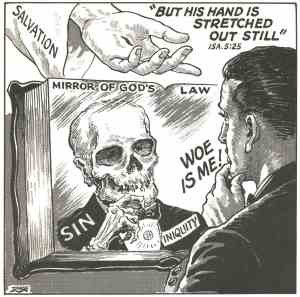 The law is a mirror, but nobody ever uses the mirror to clean themselves. The purpose of a mirror is to show you your dirty face – not to clean it – you need Jesus to clean that dirty face. Let’s make it a priority to keep the law in its rightful context, as a tool to lead people to the end of themselves.

“But their minds were hardened. For to this day when they read the Old Covenant that same veil remains unlifted, because only through Christ is it taken away. Yes, to this day whenever Moses is read a veil lies over their hearts”  (Mark 6:52)

( In the old covenant God visited man. In the new covenant He lives in man )

What might happen if we trusted that Christ in us is good at His job, and that the Holy Spirit, actually produces the fruit of the Spirit and not us?